On The Road with Erin Riley-Lopez

“I was halfway across America, at the dividing line between the East of my youth and the West of my future…” - Jack Kerouac, On The Road

The irony about using this statement is that I was born and raised in the West, Oceanside, California to be exact. At eighteen, I left home to attend college in New York, and I’ve been there ever since. But, twelve years later, I found myself needing a new adventure. The great city of Los Angeles was calling me. So within three months of making my decision that I needed to relocate, I packed up and drove across the country with my equally adventurous partner, Scott Taylor, and our doubtful cat, Cleo. At almost every stop we made we visited an art center and ate good food. Follow me on my cross-country journey back West, towards my future, through snapshots of each of the places I visited.

We left New York on Tuesday, August 24th and were scheduled to be in Durham, North Carolina the following day to see friends and to attend the opening of The Record Contemporary ART and VINYL at the Nasher Museum of Art at Duke University. I had been excited about the exhibition since the proposal first crossed my desk well over a year ago when I was working at The Bronx Museum of the Arts. From drawings to sound to performance work, The Record celebrates a medium that has seen both a decline and resurgence within the last several decades.

The exhibition is installed in one wing of the Museum and sections of the lobby and consists of an impressive list of multi-generational, international, contemporary artists working with vinyl; including well-known artists Laurie Anderson, Christian Marclay, Jasper Johns, and Carrie Mae Weems; younger, up and coming artists like Xaviera Simmons, Robin Rhode, and William Cordova; and lesser known artists such as Mingering Mike. 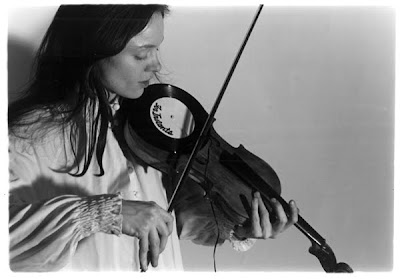 Laurie Anderson’s Viophonograph, a violin and record player in one, is a relatively early example of how artists were using not only records, but also turntables in their work. In Greatest Hits (para Micaela Bastidas, Tom Wilson y Anna Mae Aquash), William Cordova takes a more social approach to the use of records, with the object serving as a symbol for those marginalized by society. And, the work of Mingering Mike, an outsider artist from Washington D.C., might be a surprise to some not familiar with his fictitious album covers starring himself. 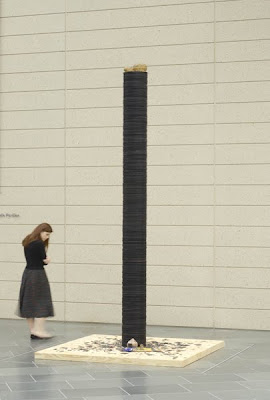 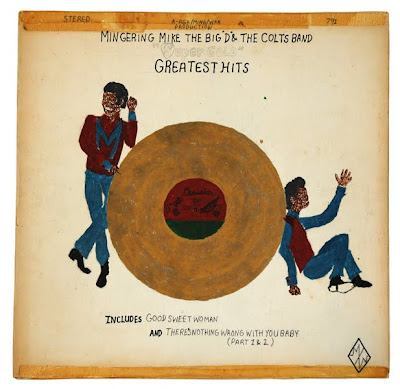 An interactive installation, Cover to Cover, can be found in the lobby. Artists were asked to select twenty LPs, placed in bins, which the public can look through and play on turntables. It was fascinating to look through these personal selections marveling at the cover designs.

This exhibition reminded me of my first vinyl album, The Smiths eponymous debut that my brother bought me from the ultra-cool Lou’s Records in Encinitas, California when I was probably fifteen. The sticker price is still on there, $5.99. The same record today costs upwards of $25, a true testament to the record’s surge in popularity.

From Durham we headed south to New Orleans, a city I had not been to before and one that I was dying to get to see before relocating to the west. Walking through the French Quarter and down Canal Street, I was reminded of Robert Frank’s photographs from New Orleans from his series The Americans, black and white photographs taken on his own cross-country road trip from 1955–56.

The next morning we headed over to the Contemporary Art Center to check out Thomas Woodruff's Freak Parade. The press release says that Woodruff created this work “as a reaction against the global standardization of culture. A master of hybridizing vocabularies from the past and present, Woodruff references sideshow banners, Pompeian wall frescoes, baroque religious paintings, theatrical posters, and Victorian penmanship charts to create a new yet oddly familiar world.” The characters and scenes depicted were grotesque, fantastical, eerie, and compelling all at the same time. 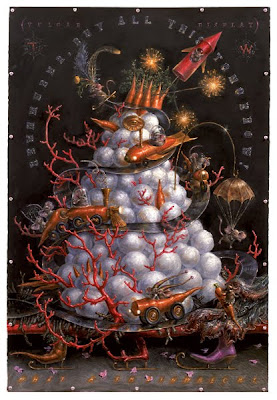 And then it was onto Austin, Texas to visit my best friend and colleague from graduate school, Risa Puleo. Risa is the Assistant Curator, Contemporary Art at the Blanton and recently curated the exhibition WorkSpace: Anna Craycroft: Subject of Learning/Object of Study.

After brunch, Risa accompanied me to The Blanton Museum of Art at the University of Texas, Austin to see her current exhibition that is part of the Blanton’s WorkSpace series. I asked Risa a series of questions about the exhibition as well as about her professional life in Austin. 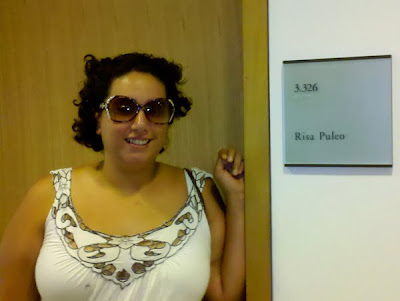 Erin Riley-Lopez: “There is this assumption that New York is the center of the art world but after graduate school in New York you chose to return to Texas, why?”

Risa Puleo: “Lots of reasons. I wanted to be near my family. I prefer hot summers to cold winters, patio lounging to riding the subway, and because I could do things in Texas that I couldn’t in New York, like open my own exhibition space, and not be completely broke all the time.”

ERL: “What is great about the art scene in Austin?”

RP: “There is a great DIY, start-up mentality here.”

ERL: “Your current exhibition at the Blanton is WorkSpace: Anna Craycroft: Subject of Learning/Object of Study. How did you choose to work with Anna Craycroft?”

RP: “When I visited Anna in her studio, she was just beginning a project on the aesthetics of education. The Blanton is the museum for the University of Texas and the WorkSpace Gallery is located next to the Museum’s education center. I was thinking about all of these contexts when I extended the invitation for the show, but certainly not imagining the ways in which Anna would transform two rooms in the Museum.”

ERL: “Lastly, can you give our readers recommendations of upcoming shows in Austin that you are excited about?”

RP: “I am very excited about the opening of Arthouse’s new building in late October, and with it, their new exhibition program. I think their reopening will change the tempo of the city, which can be a bit sleepy.”

We made it to Los Angeles on September 1st where we dumped all of our stuff at my father’s place and a U-Haul storage unit, only to turn around and spend three weeks in Phoenix visiting Scott’s family. The loft we were supposed to move into wasn’t quite finished yet.

While in Phoenix, we visited the Heard Museum, where I saw POP! Popular Culture in American Indian Art, on view now. As the title of the exhibition suggests, American Indian artists, writers, and filmmakers created works that takes on many pop culture forms and deal with a variety of contemporary issues. Interspersed with the contemporary works are historical Pop Art works by Andy Warhol and others providing context for the viewer.

Among the works in the exhibition is Marcus Amerman’s beaded buckle image of the Lone Ranger and Tonto from the television series, which presented a stereotypical idea of cowboys and Indians. Jason Garcia fuses the old and new in his painted ceramic tile Corn Maiden series that includes imagery of Pueblo women in traditional outfits using digital cameras. And, Ryan Singer directly appropriates Warhol’s Campbell Soup cans but twists the original Pop image to convey the Diné culture’s use of sheep as a food source. American Indians are often overlooked in the art world and it is refreshing to see an exhibition of contemporary artists at the Heard, one of several museums in the US dedicated to American Indians and one with strong ties to its community. 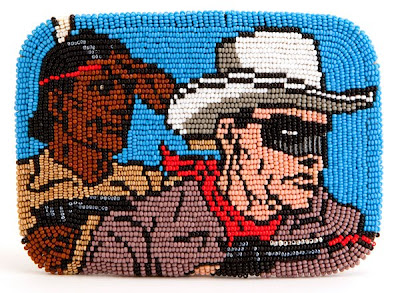 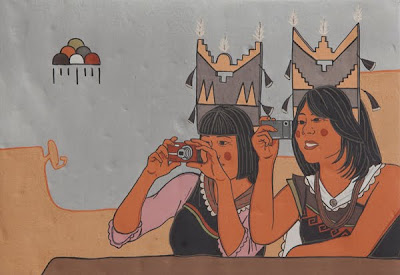 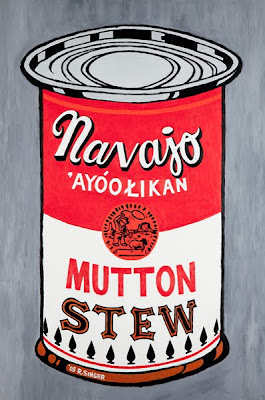 Sadly, this is where the story ends. But the adventure continues. I hope you’ll get to see as much of the American art world landscape as I’ve seen in the last eight weeks. Stay tuned for scenes from the next chapter of my life…on the road.

Erin Riley-Lopez is a freelance curator based in Los Angeles. She is currently working on a performance and video exhibition, Acting Out, which will open December 3, 2010 at the Bronx River Art Center.

Posted by Vince Contarino at 10:48 AM

Awesome job, Erin. Wish I could see the Nahser!